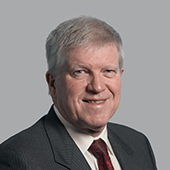 Professor Russell is a histopathologist, specialising in gynaecological pathology, with special involvement in the diagnosis of ovarian pathology, and research interests which presently encompass all aspects of gynaecological neoplasia and reproductive pathology. He has served terms as Secretary, Vice President and President of the International Society of Gynecological Pathologists. Professor Russell has recently been awarded Honorary Fellowship in the Royal Australian and New Zealand College of Obstetricians and Gynaecologists, Honorary Membership of the International Society of Gynecological Pathologists and the Distinguished Pathologist Medal by the International Academy of Pathology. He is currently a Consultant Histopathologist at GynaePath (Douglass Hanly Moir Pathology), Deputy Pathology Director of Genea, Honorary Professor in Pathology at the University of Sydney, and has published more than 300 peer-reviewed journal articles, book chapters and textbooks.