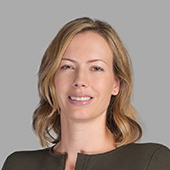 Dr Yasmin Matthews completed a Bachelor of Medicine at the University of Newcastle in 2001. From 2005 to 2008, she was a Research Fellow in the Department of Dermatology at Royal Prince Alfred Hospital and the University of Sydney. She was awarded a PhD from the University of Sydney, for her research into the wavelength dependence of ultraviolet-induced immunosuppression in human skin and has a number of publications in this area. In 2009, Dr Matthews commenced training in anatomical pathology and was awarded a Fellowship of the Royal College of Pathologists of Australasia in 2014. Her training in pathology was undertaken at the Prince of Wales and Royal Prince Alfred Hospitals, and included a nine-month rotation in the Department of Neuropathology. Her areas of interest include neuropathology, gastrointestinal pathology, haematolymphoid pathology and dermatopathology. Dr Matthews joined Douglass Hanly Moir Pathology in November, 2014.