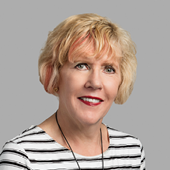 Dr Suzanne Danieletto graduated with first class honours from the University of Sydney in 1980. After completing her internship and residency at Royal North Shore Hospital, she trained in anatomical pathology at Concord Repatriation General Hospital. On completion of her training in 1987, Dr Danieletto began a long association with the Sydney Adventist Hospital at Wahroonga, initially on a sessional basis while employed by Sydney Diagnostic Services and then, from 1999, when she was employed as a Staff Specialist in the role of senior supervising pathologist. While having special interests in breast and urological pathology, she is interested in all areas of anatomical pathology. Having always enjoyed a close relationship with her clinical colleagues, Dr Danieletto is keen to maintain and foster that relationship now that she has joined Douglass Hanly Moir Pathology, believing that communication between clinicians and pathologists underpins quality patient management.