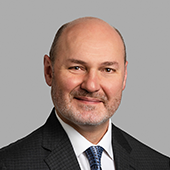 Dr Sergey Shchelokov graduated from the Samara State Medical University, Russia, in 1997 and worked in a surgical field. After moving to Australia in 2002, he completed his Australian Medical Council assessment in 2006 and undertook his internship at Royal North Shore Hospital in 2007. For the following few years, Dr Shchelokov worked at Royal North Shore Hospital and St George Hospital networks in different surgical roles, mainly in plastic and reconstructive, general and ENT surgery. He commenced his anatomical pathology training in 2013 and worked at St George, Westmead and Royal North Shore Hospitals, and the Department of Forensic Medicine. Dr Shchelokov joined Douglass Hanly Moir Pathology (DHM) in 2014 as a trainee, obtained his RCPA Fellowship in 2020 and was appointed as a Specialist Histopathologist and Cytopathologist, based at Gosford Laboratory, in March 2021. He is a general surgical pathologist, with special interest in dermatopathology, gastrointestinal pathology, genitourinary pathology and cytopathology. Dr Shchelokov is dedicated to teaching medical students and anatomical pathology registrars.