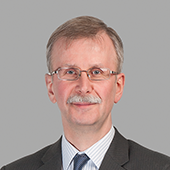 Dr Robert Laing completed an intercalated Bachelor of Medical Science in Pathology, at Dundee, Scotland, in 1980 and graduated in Medicine from the University of Dundee in 1983. He commenced pathology training at the Brook General Hospital, Woolwich, and continued in the Sheffield teaching hospitals, UK, from a base at the Royal Hallamshire Hospital. Dr Laing was appointed Specialist Registrar (Honorary Lecturer) in Neuropathology in 1989 and obtained the MRCPath in 1993. He was admitted as a Fellow (FRCPath) in 2001. After emigrating to Australia to take up a position in Bunbury, WA, in 1994, he was appointed as principal pathologist at St. John of God Pathology, WA, at their new Bunbury laboratory in 1996. Dr Laing joined Hampson Pathology in 1999 in their Gosford Laboratory and was present during the transition to Mayne Health and Symbion Health. He joined Davies Campbell de Lambert Pathology (Healthscope Pathology) in 2008 and was responsible for Histopathology and Cytology reporting for the Central Coast until 2014. During that period, he obtained his fellowship of the Royal Australasian College of Pathologists. Dr Laing joined Douglass Hanly Moir Pathology in 2014 and is located in their Gosford Laboratory. His interests include skin pathology, digital imaging and telepathology.