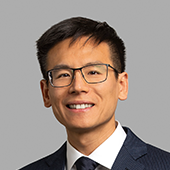 Dr King Tan graduated from the University of New South Wales with First Class Honours in 2004. He obtained Fellowship of the Royal College of Pathologists of Australasia in 2011, with training rotations at Southern.IML Pathology, Concord Hospital, Douglass Hanly Moir Pathology, Royal Prince Alfred Hospital, Department of Forensic Medicine in Glebe and The Children’s Hospital at Westmead. Dr Tan subsequently completed a lymphoma pathology research fellowship with Professor Randy Gascoyne at the Centre for Lymphoid Cancer, British Columbia Cancer Agency in Vancouver, and has publications in this field. He was Staff Specialist at Westmead Hospital from 2012 to 2020, where he continued his interest in haematolymphoid pathology, and also developed interests in neuropathology, lung and gynaecological pathology. Dr Tan is enthusiastic about teaching, and is a Clinical Senior Lecturer with the University of Sydney. He joined Douglass Hanly Moir Pathology in February 2020.