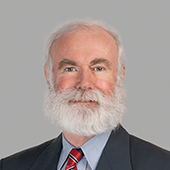 Dr Grahame Caldwell is a graduate of the University of New South Wales. He spent five years in clinical medicine before commencing his pathology training at St George Hospital. Dr Caldwell joined the Douglass practice in 1993. Although qualified in all disciplines of pathology, Dr Caldwell has a specialised role as the Director of Chemical Pathology, Esoteric Testing and Director of Toxicology at Douglass Hanly Moir Pathology. He is also Director of the Douglass Hanly Moir Pathology laboratory at St George Private Hospital and Medical Centre. In 2002, he was appointed Clinical Director of Prenatal Testing, which performs specialised testing for diagnostic practices within the Sonic Healthcare group. Dr Caldwell has a keen interest in providing continuing medical education, in particular to his clinical colleagues in general practice. He is also committed to the development of improved standards and guidelines through membership of various working parties and committees, including those of Standards Australia, the National Association of Testing Authorities (NATA), the Royal College of Pathologists Australasia (RCPA) and the Australasian Association of Clinical Biochemists (AACB).