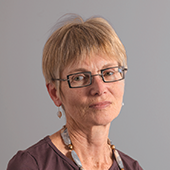 Dr Frances Hanly is a graduate of the University of Sydney. She trained in haematology at St Vincent's and Royal Prince Alfred Hospitals and then at McMaster University, Ontario, Canada. Dr Hanly joined the Feain, Lynch, McDonald, Roche practice in 1981, becoming a partner in that practice in 1983. Subsequently, she became a partner in Hanly Moir Pathology. During her years at Hanly Moir Pathology, Dr Hanly served as both Medical Director and Director of Haematology. She has a wealth of expertise in haematology and holds the position of Director of Haematology at Douglass Hanly Moir Pathology. Dr Hanly also has an appointment as an Adjunct Senior Lecturer in Pathology at the School of Medicine, University of Notre Dame.