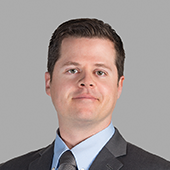 Dr Erin Morris graduated from Flinders University School of Medicine in 2005, before returning to the USA to complete an internship in Phoenix, Arizona, followed by an anatomic and clinical pathology residency at Tufts University School of Medicine in Boston, Massachusetts. After completion of residency training, he undertook a one-year cytopathology Fellowship at the Brigham and Women's Hospital in Boston, ultimately resulting in three American Board of Pathology certifications in Anatomic, Clinical and Cytopathology. After completion of training in 2012, Dr Morris returned to Australia to commence the process of achieving RCPA Fellowship, granted in 2015, after which he began employment with Douglass Hanly Moir Pathology. Dr Morris has a broad interest in anatomical and cytopathology, including genitourinary pathology, gastrointestinal pathology, dermatopathology and fine needle aspiration cytology.