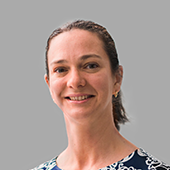 Dr Ana Varallo-Nunez graduated from the Faculty of Medicine, University of the Republic, Uruguay, in 2002. Her pathology training has been mainly at Liverpool and Westmead Hospitals, with rotations to Nepean Hospital and Douglass Hanly Moir Pathology. Dr Varallo-Nunez enjoys teaching and, whilst she was a pathology registrar, worked as Conjoint Associate Lecturer in the School of Medicine, College of Health and Science, at the University of Western Sydney. She completed her training in 2015, at which time she joined the Histopathology Department at Barratt & Smith Pathology in Orange.