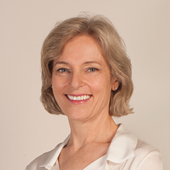 Dr Debra Jensen graduated from the University of Sydney in 1980 and trained in histopathology at Prince of Wales and Royal North Shore Hospitals. She then worked as a histopathologist at The Royal Women's Hospital, Auckland, followed by a year at Queen Victoria Hospital for Women, Adelaide. In 1990 and 1991, she was a Visiting Fellow at Stanford University, California, undertaking research in gynaecological pathology. Dr Jensen was the Director of Pathology at The Royal Hospital for Women, Paddington, from 1992 to 1995, after which she joined the Hanly Moir practice. Dr Jensen has particular interest and expertise in gynaecological pathology and cytopathology. She participates in local and national gynaecological pathology interest groups, presents cases at the weekly combined Mater and North Shore Gynaecological Oncology meeting at Royal North Shore Hospital and is a member of the International Society of Gynaecological Pathologists.